Introduction to Life on Perditus

Finding organisms on other planets may be more common than we had originally thought. Harnessing the energy from light generated from a K-type star, Planet Perditus was destined to harbor wildlife. By the time the satellite Trawler-IV reaches it’s destination in the planet’s orbit, life on Perditus will be in an early stage. The satellite is responsible for observing instances of life and simulate the possible evolutionary developments of discovered organisms.

Figure-1. Depiction of a Dart Worm Specimen. Above is an illustration of a Sputumcuticula remus. S. remus is a species of dart worm that has an enlarged auricle used as a rutter when swimming.

Planet Perditus is home to a variety of odd specimens and organisms. No matter how bizarre these animals may seem, they all abide by similar laws of nature and biology much like the life found on Earth. Below you will find detailed descriptions of a particular group of organisms that explains their anatomy, development, behavior, and evolutionary history. As more forms of life are revealed this page will update offering additional hyperlinks. *Note that the sizes depicted between species below are not relative and only intend to display general morphological differences in each organism.

There are over 170+ organisms discovered and that number grows exponentially as the surface and oceans of Planet Perditus are continually explored. Below is a family tree illustrating the soft-bodied invertebrates inhabiting the ocean floor of the planet. Expect this tree to grow as more data and organisms are described. 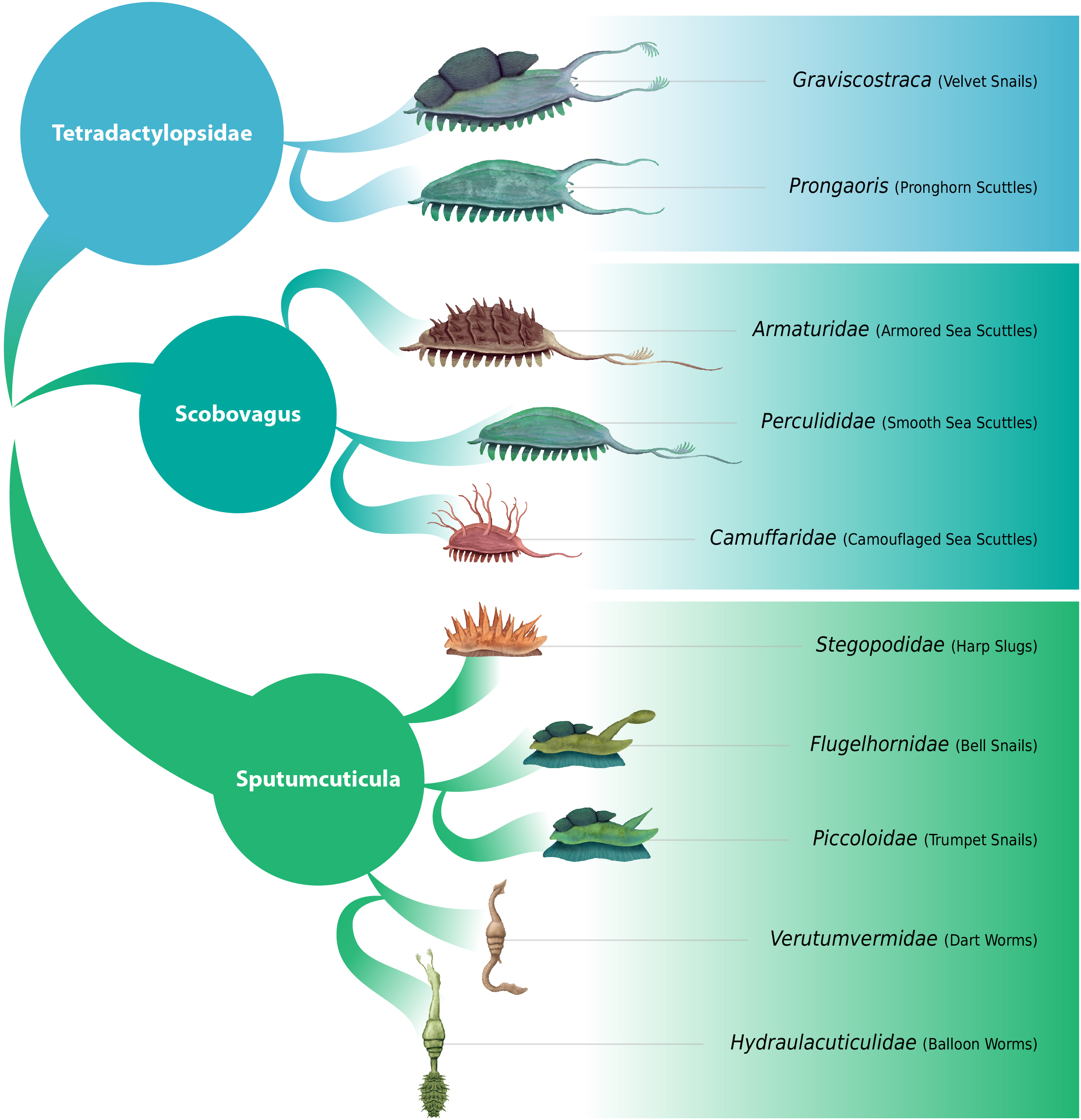 Figure-2. Phylogenetic Tree of Aquatic Soft-Bodied Organisims. There are three distinct groups of invertebrates. The Scobovagus consists of all true sea scuttles, including armored sea scuttles and camouflaged sea scuttles. The Tetradactylopsids are closely related to sea scuttles, but differ in morphology and genetic expression. Lastly the Sputumcuticula is a broad group of organisms that make up a large portion of benthic oceanic life.

Paying homage to Earth, binomial nomenclature or a two-term naming convention is used to describe a particular species. Words are primarily derived from Latin, however Greek root words are occasionally used. On even rarer occasions other languages may be used in binomials if it accurately fits or describes an organism. Patronymic names and names relating to people are typically avoided to remove any idea of ownership over exoterrestrial lifeforms.