One of the most abundantly found aquatic species on Planet Perditus are sea scuttles. The term “scuttling” means the deliberate sinking of a naval vessel by allowing water to flow into its hull. Similarly, sea scuttles are invertebrates that rely on a special hydro-vascular system that takes in water to power the limbs. Sea scuttles have numerous limbs each possessing its own balloon-like cavity called an “ampulla” that swells with water and uses the pressure to expand and then deflate appendages.

Figure-1. Sea Scuttle Specimens. Top left depicts a species of sea scoot and the larger specimen at the bottom depicts a velvet perculid scuttle. Both organisims are scavaging for organic debris on the ocean floor.

What is a Sea Scuttle?

The term “sea scuttle” is often used loosely and ambiguously. For the most part, the word refers to a generalized body plan that is categorized by an elongated fusiform or cylindrical shape, a lack of a backbone, and the addition of repeating annulated body segments. True sea scuttles belong to the clade Scobovagus and possess a pair of antennae, 12 to 20 pairs of legs containing ampullae. There are other types of animals referred to as sea scuttles, such as the pronghorn scuttles belonging to the family Prongaoris which are distantly related to true sea scuttles.

As mentioned above, sea scuttles are invertebrates meaning that they lack a backbone. Similar to dart worms, sea scuttles have retained segmentation from a common ancestor. Much of their structure is made up by repeating ringlets that form segments joined by connective tissue, and each segment posses one pair of legs. Repeating these segments over and over forms a chain of legs that makes the body extremely stable. Since many species inhabit open ocean basins or shallower waters near shorelines, a stable base is important to remain upright when bashed with strong ocean currents.

Sea scuttles retain a robust intestinal system. Most sea scuttles live primarily benthic lives as scavengers seeking out and feeding on marine detritus. There are some exceptions to this rule, as several species of sea scuttle supplement their scavenger diet with vegetation or sometimes even carnivory. A benthic diet is not highly nutritious and a complex intestine is necessary to absorb the most out of consumed detritus. Due to this necessity, sea scuttles were the first species to develop a specialized intestinal system comprising of compact loops. Each loop of the intestine focuses on absorbing a particular macro-nutrient that is essential to sustain its metabolism.

Sea scuttles have ingeniously designed their hydro-vascular system into a means of transportation. In order to take in oxygen sea scuttles must ingest water to pump through tubes that run the length of its entire body. This tube is known as the “longitudinal hydro-vascular tube” or “LHVT” for short and it has a series of ampullae that correspond with the legs of each body segment. As the sea scuttle takes in water, the water runs through the LHVT and fills the ampullae, expanding the cavity into the leg. Just by breathing the sea scuttle can inflate and deflate its legs as water flows throughout its systems of tubes. Additionally small muscles at the base of the empty leg cavities can guide the legs in a specific location, allowing the animal to move in multiple directions.

Eggs are released in abundance after a sea scuttle is gravid for a period of 3–4 weeks. Sea scuttles are hermaphroditic, and can change their sex several times throughout their lifetime. Changes in gender are manipulated by the environment and especially by temperature. When a sea scuttle is female, it produces numerous eggs often numbering in thousands. When a male finds a sexually mature female, both specimens use their hind legs called "cerci" to clasp each other tightly. Their cloacal tubes extend upward, and eggs and sperm are released in tandem and rise into the water column. The eggs will remain floating in the water column for 6 weeks as they incubate into larvae. 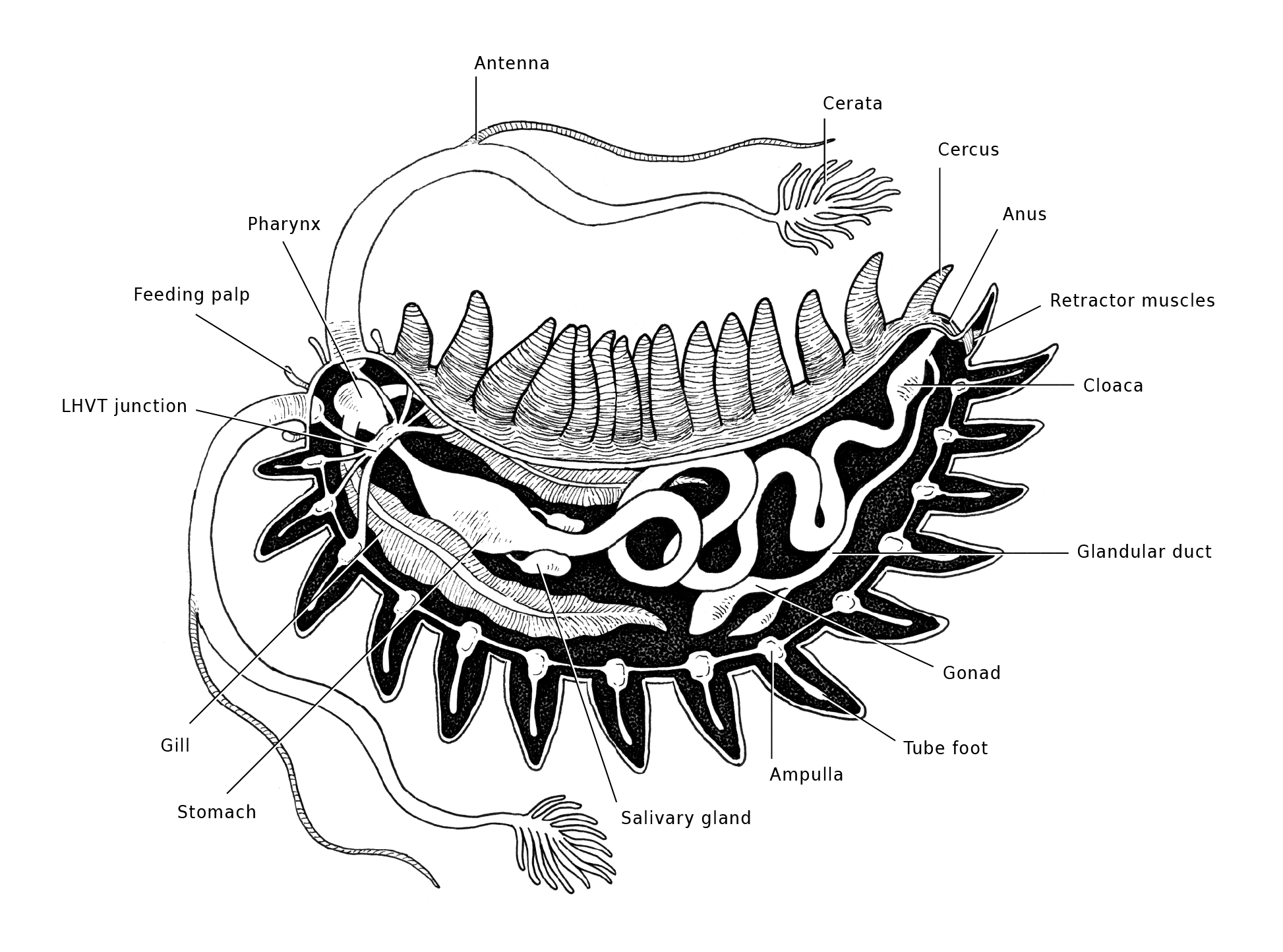 The true scuttles in the clade Scobovagus can be divided into three main types: armaturid scuttles, perculid scuttles, and camuffarid scuttles. Armaturid sea scuttles or “armored sea scuttles” are specimens that possess hardened dermal coverings on their dorsal surface. This special skin tissue can grow into sclertized plates that overlap; sometimes the skin possesses irregular or symmetrical protrusions called "megascleres". The covering acts as a defense against predation by physically deterring predators or helping the sea scuttle blend into the environment. Perculid sea scuttles or “naked sea scuttles” are categorized by the lack of a thick outer dermis. They rely on other means of defense, such as producing fowl smells or chemicals, camouflage, or yielding higher rates of offspring. Lastly are the camuffarid sea scuttles commonly known as “camouflaged sea scuttles” or more popularly “sea scoots”. These specimens are much smaller compared to their armaturid and perculid counterparts and rely heavily on camouflage to survive. Unique to camuffarids is the addition of stinging cells formed on their tentacles that can administer a deadly shock to predators.